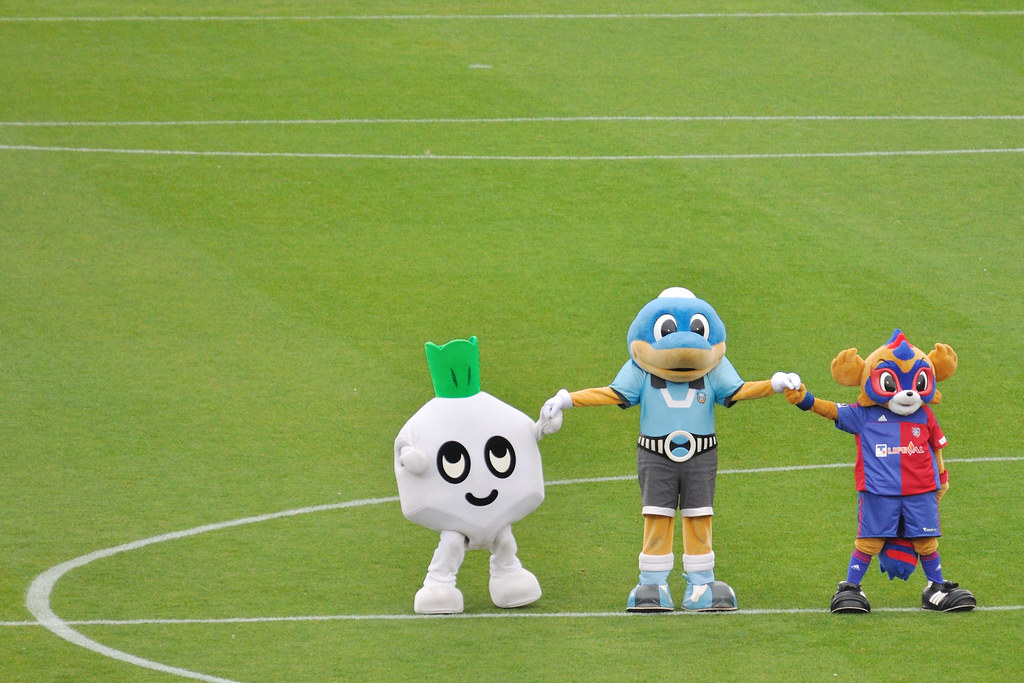 Football is known as the world’s game. It is a sport that one should be able to enjoy with friends and family, but how true is that in reality?

If we look at regions such as Europe and South America where football is the most popular sport, we must sadly acknowledge that with a very high level of football comes social problems that are too often brought to the stadium, resulting in violence and hooliganism.

It’s an unfortunate reality that in many “football countries,” attending a match is not a family-friendly activity; in addition to safety issues and other concerns there are other barriers such as high ticket prices.

Luckily for those of us living in Japan, this is absolutely not the case with the J. League, where matches are seen as a “festivals” to enjoy with friends and family, and opponents are seen as “rivals” but never as “enemies.”

Since the J. League formed in 1992, Japanese clubs have worked hard to ensure that all football fans, no matter which team they support, are accepted as part of the larger Japanese football family. As a result, attending a J. League match is unmistakably a very positive experience.

On a technical level, the product on the pitch has improved dramatically since the 1990s as evidenced by Japan’s five straight World Cup appearances and a steady stream of players acquired by top European clubs.

Around the pitch there is another spectacle, played out by supporters who tirelessly cheer their team on through rain or shine. If you like to jump, chant and support your team with passion, you won’t be disappointed. All you have to do is wear the colours and join the party.

Food and drinks are easily available around and inside the stadium, and there is nothing better than a cold beer and some snacks during a hot summer night game. In fact, thanks to the absence of hooliganism and the overall sense of responsibility shown by Japanese drinkers, alcoholic beverages are readily available in Japanese stadiums, just as there are soft drinks for the children to go with local delicacies.

Outside the stadiums, J. League clubs regularly organize events to entertain kids and families before the match, including games, musical events, stalls, and exhibitions.

For example, Kawasaki Frontale, a club very involved with its community, set up a miniature petting zoo in front of Todoroki Stadium.

Another huge hit with children are the J. League’s mascots, with each club boasting one if not multiple characters who can be seen both on the pitch and in the concourses, taking photos and interacting with supporters.

To once again use Kawasaki Frontale as an example, outside Todoroki Stadium one can bump into Fronta-kun, a 2-meter tall dolphin-like mascot. He loves to pose with families for photos and joke around.

But be careful if you meet his rival, Warunta-kun! Wearing a Frontale uniform sporting the wrong colors, he will just lazily drag himself around, ignoring your greetings and trying to prevent you from taking a picture with him! But despite his bad temper, kids just love him!

Traveling to away games is a safe and extremely entertaining experience. Japanese trains are very clean and punctual, and in many cases they bring the fans to a station just a short walk from the stadium.

From JR Omiya Station, for example, it is just a pleasant 15-minute stroll across small streets and through a park featuring a beautiful Shinto Shrine to get to Omiya Ardija’s home stadium, NACK 5.

Rather than asking for directions, the easiest way to find the stadium is to follow the supporters wearing their team’s uniforms. And should you be wearing the uniform of the visiting team, fear not! Nobody will abuse you or attack you; more likely you will be welcomed, and asked a few questions about your team.

A typical comment would be: “Thanks for visiting our town and our stadium. We regret that your team will lose today, but we can show you some nice restaurants after the match!”

Overall, for football lovers and for those who have just a mild interest in the game alike, few leagues in the world offer the degree of safety and entertainment of the J.League.

With the J. League official website now providing full information in English on matches and venues, all you need is a bit of planning and some good good company to hit the stadium!

For more info on the J. League, check out our articles J. League: The Thrill of Unpredictability, Exploring Japan Via the J. League Football Stadiums and Top 5 J. League Stadiums to Visit in Japan.

EnableJapan.com - we're all about Fun and Fashionable Tokyo! Check out our articles for the best things our city has to offer.

Shinjuku Gyoen: A Spectacular Garden in the...

An Interview with a local Tokyo skater:...